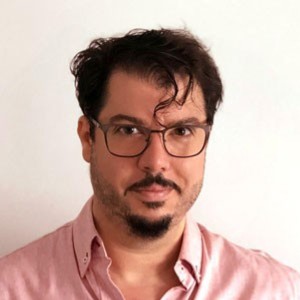 The Third Myth: A Man and His Problems with Alcohol

This myth can be analyzed from three different aspects:

1st) It is a COMPLETE and ABSOLUTE lie.

2nd) It is part of a negative propaganda campaign.

In the 1960s, Russian author Alexander Solyenitzin published his book “The Gulag Archipelago”. In this work, Solyenitzin disclosed what the Soviet Empire had done to its opponents and dissidents: they were confined to concentration camps, or inside mental institutions.

In the latter case, why in mental institutions?

Because the Soviet authorities considered that only individuals who carried a mental illness would be stressed under the communist rule.

The WASP Empire (white, Anglo-Saxon, and Protestant), comprised of such countries as the United States of America, Great Britain, Canada, Australia and New Zealand —500 million individuals who control 8.000 million people that barely watch them grow rich and gather success— acts in much more subtle ways.

Since the WASP Empire has full control of the mass media, the attacks against those opposing its wishes or hindering its interests are ad hominem.

These opponents are either mad individuals, alcoholics, drug addicts, or suffer any other problem of this sort.

Lieutenant general Galtieri’s is one of these cases.

3rd) Let’s accept for one minute a man has alcohol problems; in that case:

– What about minister Nicanor Costa Méndez’s problems with alcohol? What about alcohol issues of the Argentinean diplomatic officers as a whole?

– What about the problems with alcohol of the members of the Multi-Party Assembly, whose members were:

– Jorge Abelardo Ramos, representing the Popular Leftitst Assembly (it is worth mentioning that Ramos proclaimed, until his last day alive, that the Commanders should have been decorated).

– Deolindo Felipe Bittel, representing the Justicialista Party (who at that time kept defending the National interests).

All of them received an explanation of the situation Argentina was enduring with Great Britain, and, full of a patriotic sentiments, all of them vigorously supported the cause.

At this point, the intoxication of the Argentinean people is worth remembering; on April the 2nd, they filled the streets, the squares, the parks; they were intoxicated with glory.